The walkie Talkie building in London has been voted the worst UK Building and has won the annual Carbuncle Cup.

The recently built Fenchurch Street building has made headlines over it's short life span. Notably it has been reported to have melted parked cars under it's curved face.

"Martin Lindsay parked his Jaguar on Eastcheap, in the City of London, on Thursday afternoon.

When he returned about two hours later, he found parts of his car - including the wing mirror and badge - had melted." 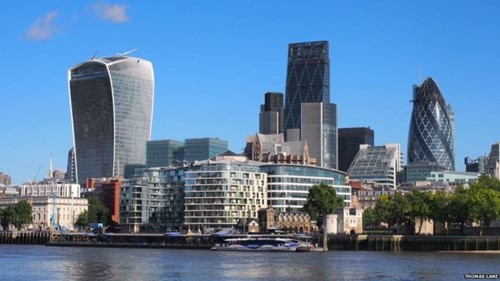 Thomas Lane, who runs the awards, said the carbuncle "crashes into London's skyline like an unwelcome party guest".

A YMCA building and student halls in Cambridge were also in contention.

The Walkie Talkie's Sky Garden has been compared to an airport waiting area.