Over 7,000 entries were received for the 10 map symbols that were up for design.

Entrants were asked to design the new symbols based on the following criteria:

Yesterday the first 6 results were revealed on The One Show on BBC1: 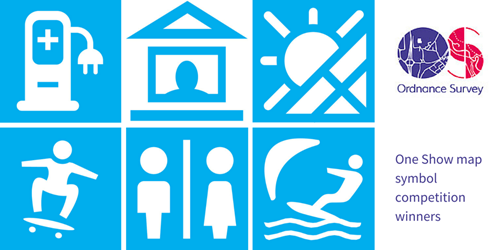 The new icons should feature in maps released in February 2016 - In the mean time you can take a look at the symbols on Ordnance Survey's interactive map to spot sites near you.